How can I play the Emperor Dune Cooperative Campaign ? 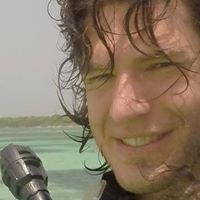 By puzzabug,
November 8, 2012 in Emperor: Battle for Dune